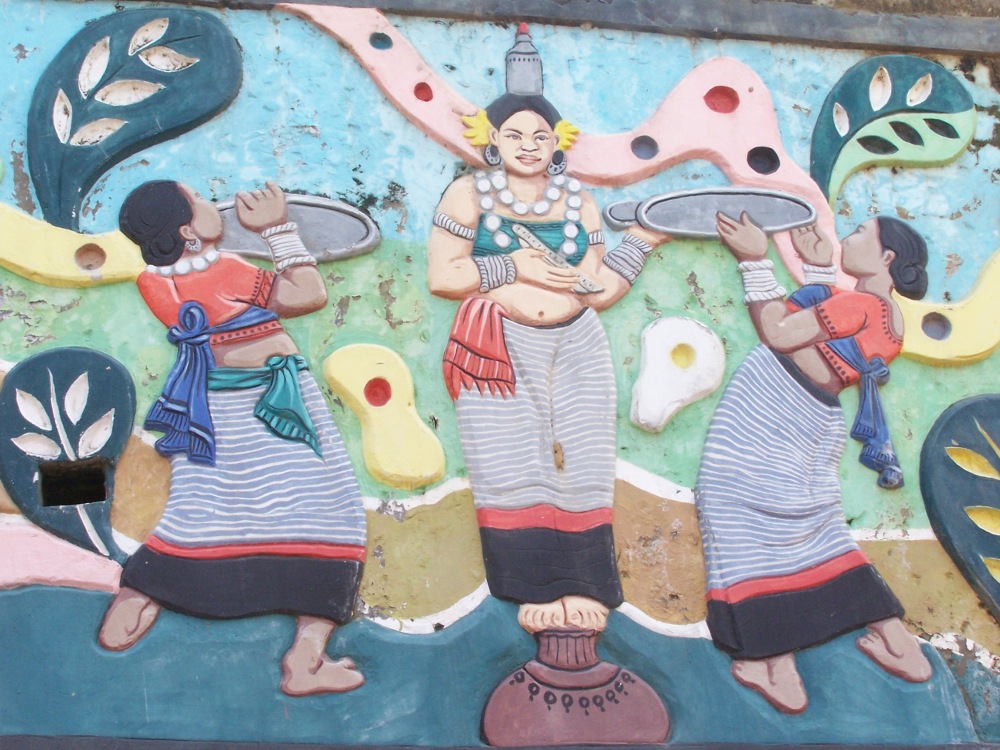 “JAISING – Sire, could I make the goat live again, by giving up a portion of my life, gladly would I do it. But how can I restore that which Mother herself has taken?
APARNA – Mother has taken? It is a lie. Not mother, but demon.
JAISING – O, the blasphemy!
APARNA – Mother, art thou there to rob a poor girl of her love? Then where is the throne, before which to condemn thee? Tell me, King.
GOVINDA – I am silent, my child. I have no answer.
APARNA – This blood-streak running down the steps, is it his? O my darling, when you trembled and cried for dear life, why did your call not reach my heart through the whole deaf world?”

We peeped over the gushing rivulet below us to visualise the gore stained waters as the strains of the Tagore’s famous work played in our ears.  We found none, not very surprising though considering the current context of ‘Gau raksha’.  Before you start raving over a deluge of literary and political discourses, let me help you wade back to where we had landed ourselves.

Inspired by the fact that Tagore’s famous play was plotted on the terrain of this least visited gateway to North-East, we planned to explore Tripura. Braving the season of mists, we boarded the flight (as that is currently the only mode of transport to reach Tripura) to the land of the Manikya kings on a pleasantly cold December morning. No sooner had we touched the Agartala airstrip, we were whisked away to pay our homage to the famous Tripura Sundari, a depiction of Kali, at Matabari.  Built by King Dhanya Manikya scion of the Manikya dynasty of Tripura in 1501 A. D. (1423 Saka Era) the Tripura Sundari temple or the Tripureshwari temple is one of the most famous embellishments on the map of Tripura. It has stood witness to the illustrious reign of the Manikya kings and till today bears a proud testimony of the bygone eras.

As we soak in its architecture drenched in history, our eyes catch the glistening lake stretched out in front of it. Painting a pretty waterscape, The Kamala Sagar lake is a man-made lake dug by King Dhanya Manikya. More than its regal heritage it drew our curiosity for a completely different reason. Far beyond its shimmering banks stood the Bangladesh border, yet another testimony of the most infamous part of our history. A history that will remain forever etched in our memories. Its stains of gore though dried up but still existent, refuses to be washed away – even today.

Though seeped in history, Tripura has realised the need to preserve its today for a better tomorrow. Hence the beautiful Sepahijala sanctuary has grown up as a commitment to preserve their future. We tuned in to the call of the wild at the sanctuary to reawaken our senses that had turned numb in the urban cacophony. A boat ride in the beautiful Sepahijala lake was enough to make us fall in love with life all over again. 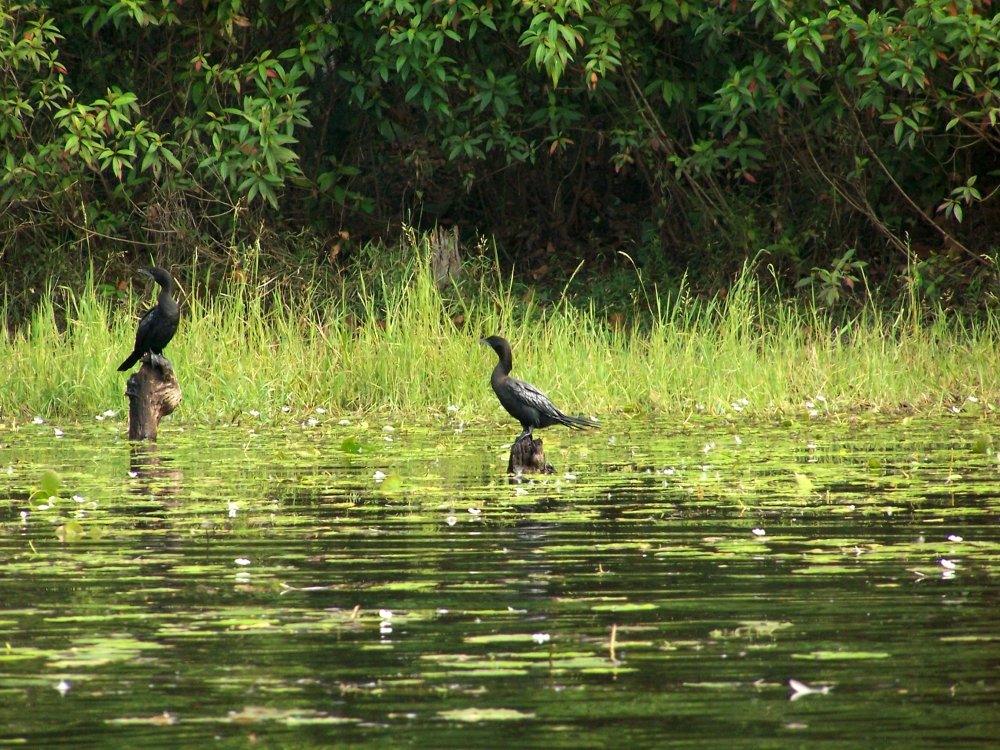 To savour the full glory of Tripura a trip to Neer Mahal was strongly recommended. We obliged and it did not disappoint us. Built in 1938, the Neer Mahal or Water Palace was the architectural vision of Bir Bikram Kishore Deb Barman, the 14th Manikya king and was translated into reality by the Martin and Burns Company. It took almost 9 years to be complete. It proudly anoints the Tripura landscape on the Rudrasagar Lake and is a resplendent example of the majestic ambience that royal patronage can bestow on an otherwise barren backdrop.

Tripura is a melange of customs, cuisines and craftsmanship. Its colours are vibrant and yet subdued. It is throbbing with a modest pride in its rich heritage and yet happy to remain unexplored. Our journey to this pretty state helped us discover its richness leaving us baffled and begging to go back for more. 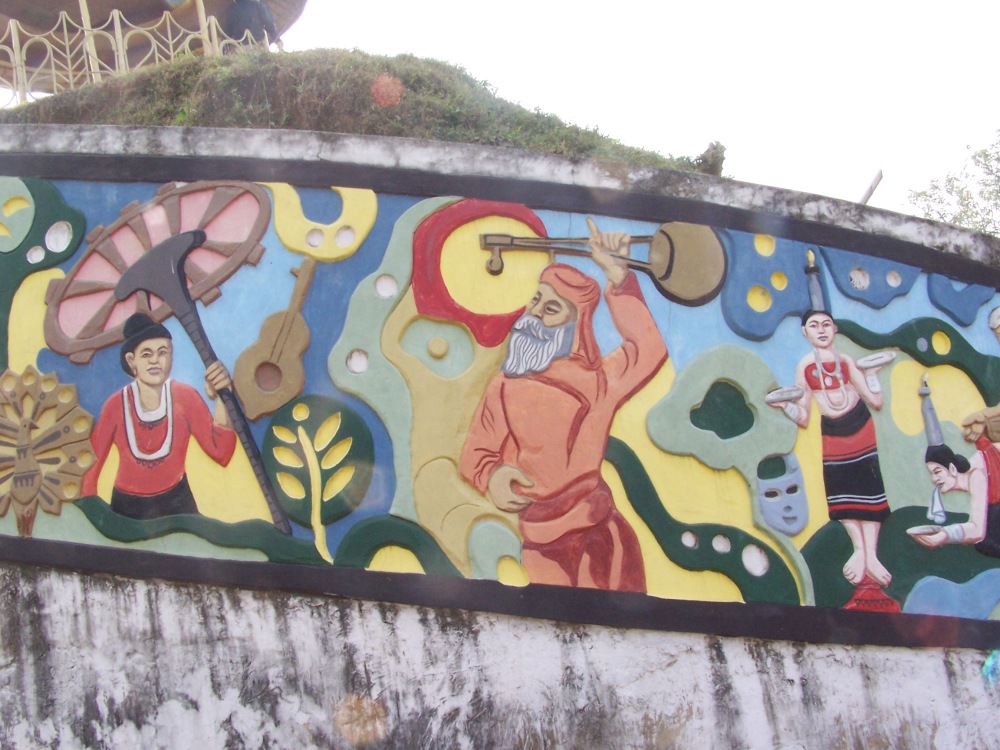 “It was the best luck of my life that I lost my path that morning, and found my eternal childhood.”

We too are thankful for losing our way into the labyrinths of Tripura’s temples and palaces and having emerged much the wiser.